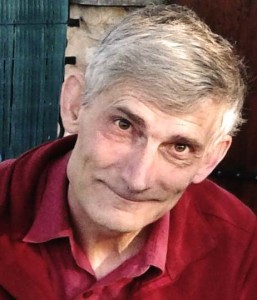 I’ve lived in Chapel Allerton for over three decades. My work as a community paediatrician gave many insights into the lives of others but left no time for creative writing. I also worked in Kenya, Uganda and Nigeria.  An inspiring evening class with Matthew Bellwood  led on to the Leeds Writers Circle,  whose members give honest, encouraging feedback as you might expect in Yorkshire.

My short story ‘Signs and Wonders’ was published in the Remembering Oluwale Anthology which won the Saboteur Award for Best Anthology 2017. David Oluwale’s story has cast a long shadow over Leeds, but the determination to remember him and to learn from his dreadful experience is a force for good in our city. My story, ‘After Farsley’ was included in An Open Door published by Comma Press 2019 from the Leeds short story course, led by SJ Bradley.

Yetunde’s House, my debut novel is, like Yetunde’s African lodgers, looking for a home. It was shortlisted for the Cinnamon Press debut novel competition 2017. I am now working on v3.3 of my second novel. Its current ‘back cover blurb’ is: Freya has spent most of her life trying to forget. In a tale of power, inheritance and leeches, how far will she go to seek justice?

I am coordinator of a faith-based charity, the Nigeria Health Care Project. I’m married to Pam. We have four grown-up children and eight grandchildren. We volunteer with Leeds Asylum Seekers Support Network.

My regular blog, known as a pangolin, appears on this site every new moon. You can follow me on Twitter @cundall_david or by clicking on the little bird in the corner.